Cuba, Fidel and Che on the Norwegian criminal's hate list 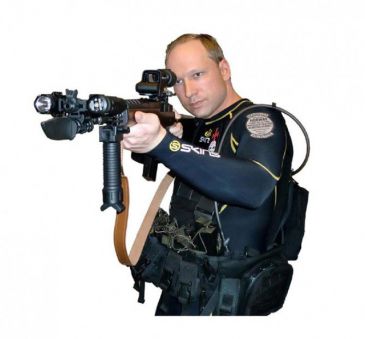 Anders Breivik Behring, the author of the horrific crimes in Norway, which have shocked the world and has killed 76 people (68 in the island of Utoya and 8 in Oslo as the most recent statistics), used language rabidly Miamiesque to refer to revolutionary leaders such as Ernesto Che Guevara and Fidel Castro.

In his “manifesto” entitled 2083:A European Declaration of Independence and 1518 pages long, Breivik includes Fidel Castro and Ernesto Che Guevara among Marxist leaders who he hates. In the book there are 10 violently-hostile references to Cuba and references to the leader of the Cuban Revolution against whom the United States has organized hundreds of attacks, as “terrorist and mass murderer” and  to the internationalist revolutionary murdered by the CIA in Bolivia, as a “torturer and mass murderer.”

It seems that the Norwegian criminal, who in this show is declared as a “hunter of Marxists” has been listening to the open mikes on the radio or read newspapers in Miami such as El Nuevo Herald, where the same adjectives are used against the Cuban revolutionary leaders, coming, as did the current president of the Foreign Relations Committee of U.S. House of Representatives, Ileana Ros-Lehtinen, to call for his assassination.

In fact, a true “mass murderer” such as Luis Posada Carriles, author of the bombing of a civilian airliner that killed 73 people, most recently as many as in Norway, is glorified in Miami, while five Cuban agents who were seeking information on their activities are incarcerated in U.S. prisons. (Traducción en http://www.walterlippmann.com/docs3198.html)

One Response to Cuba, Fidel and Che on the Norwegian criminal's hate list